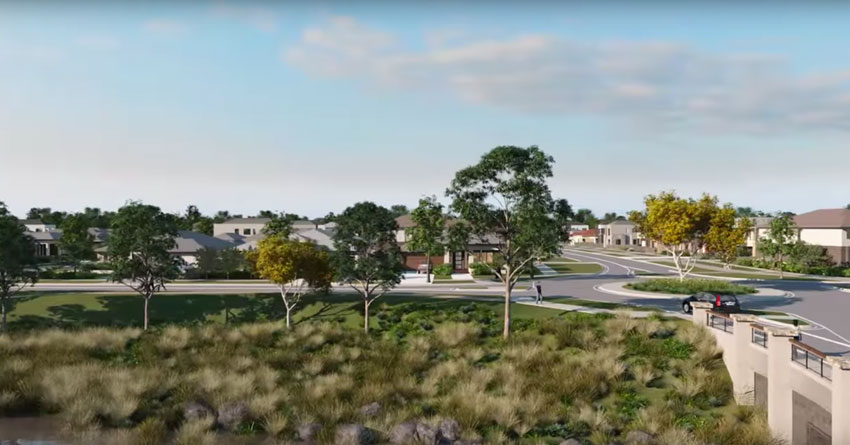 Property prices around Melbourne’s western suburb of Werribee is expected to be driven higher.

Prices will be driven higher due to the proposed $20 billion China-backed Australian Education City should the State Government agree to the development.

The project, over 400 acres of greenfield land at East Werribee, is forecast to bring 80,000 new residents and 50,000 student, according to Savills’ Julian Heatherich.

He said there is no project that really compares with the scale of this proposal save for South Australia’s ill-fated Multi Function Polis of the 1980s.

“Perhaps the difference is that the AEC would be located 20 minutes from Melbourne’s well-established and highly successful education sector, now the world’s fourth most popular student destination,’’ he said.

“Part of the success of Melbourne as a student destination was the cultural affinity that it had with China.

“Chinese property investors and developers have strong links with Melbourne in business and education, many having themselves having attended school here and or have relatives that live here.

“You only have to look at the massive recent apartment investment in the CBD and suburbs like Box Hill and Glen Waverly to see that Chinese investors are very happy to do business in Melbourne,” Mr Heatherich said.

He said the Australian Education City would become the largest research and development park in the southern hemisphere.

“Dairy Innovation Australia Ltd, which has announced it will soon cease technical consulting operations at its 180 Princes Highway, Werribee office and laboratory facility, would be one of the first vendors to test the market with the new project in the wind.

“It will be interesting to see just how the sale of this property is affected by the discussion around this project’s likely impact on the city of Werribee, especially given its highway exposure, 6000 square metre site and adaptability to a range of uses in accord with residential and educational growth.

“Should Education City get the tick of approval from the Victorian Government this sort of facility and others like it are going to attract a premium the likes of which has hitherto not been seen in Melbourne’s west.”